Whether you’re collaborating with me or sending your work elsewhere, as you prepare to submit your tracks for mixing, additional recording, track processing, reamping, or any other work, you want to ensure that your tracks are in the best form possible. This, in turn, allows the mixing (or mastering) engineer to produce the best final product for you.

In my world, here are my requirements:

A lot of the suggestions or guidelines I provide below will be commonplace across the music production world, especially when submitting to world-class professional studios, engineers and mastering engineers for work (which I am not, I’m just a guy). However, the guidance remains the same.

Conversely, you do not want your input signal to be captured so low, that the waveform looks almost flat. It isn’t really hard, just ensure you get a good level in your preamps, which depending on the instrument will be okay if it gets a little warm, but should never clip.

An example of a signal that should be bordering on warm but not clipping, is a guitar DI oriented towards metal production. A guitar DI (clean, direct instrument signal) such as that will likely be run through a high gain amplifier with plenty of gain staging through effects and other processing. The DI has to be clean but strong to process the right way. Especially when recording live instrumentation (such as live guitar amp/cabs, or percussion), this will be a process of learning by trial and error. 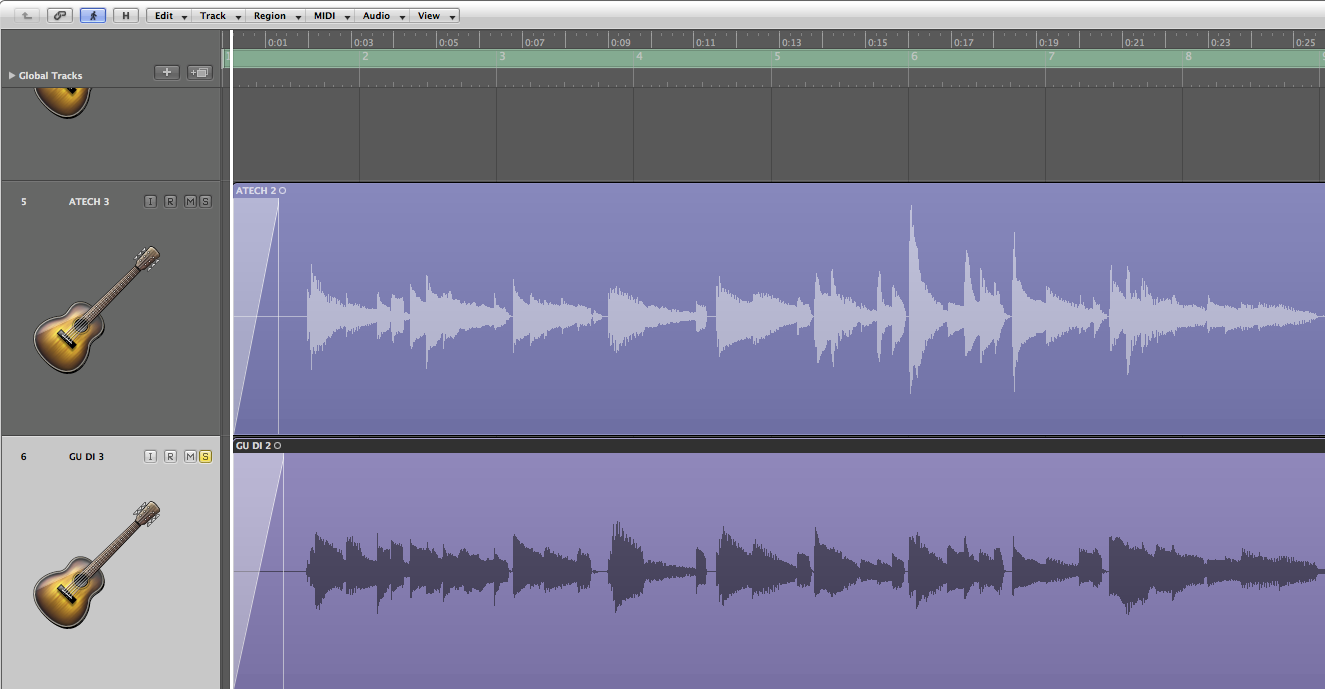 In both cases the concern is that there is permanent damage to the waveform in a way that can’t really be undone. There are are tools that can help repair audio if the damage isn’t too significant, but generally, applying a significant amount of gain to lift recorded audio can also lift ground noise and background noise pollution with it. On the opposite end, when a sound is recorded with too much gain, or too close to a very loud source, even if the gain is lowered, the sibilance and general mid/top end information is damaged, resulting in a crushed or harsh sound.

A well balanced waveform that is both very present but not overly loud:

Different genres of music or recording projects will inform the way your project is built in terms of tracks, track count, buses, processing and how it is best to approach the mix. These pointers are based on the way I work, but should be applicable and beneficial in broad terms.

While these are not hard and fast rules, you want to follow this general guidance: